What Happened at Tech Styles Local?

What Happened at Tech Styles Local?

Tech Styles Local was an incredible leap of faith and we have to thank God that the event was such a success. It would not have been possible without the culmination of partners, an amazing team, bboys/bgirls and the loyal supporters of Tech Styles International. We have to say thank you to Kala Sangam for being so supportive of our event in such uncertain times, the venue was incredible and the team at Kala Sangam really encouraged us. We have to say a big thank you also to Bradford BID & Bradford Council for contributing to the event along Tranquil Productions for media support and awards for the battles.

The weekend began with an incredible cypher night on Friday, the first of its kind. We usually run the Hip Hop collective with special guest speakers, a live art graffiti exhibition and MCs, although we had to make a few changes for this event, the cypher night did not disappoint. As part of the night we had the amazing 3Elements DJs play great music all night and we ran the Breaker of the Year Battles. This battle usually takes place at the Bradford Brawl, an event run by Tranquil Productions, but it was amazing to host this at Tech Styles this time. 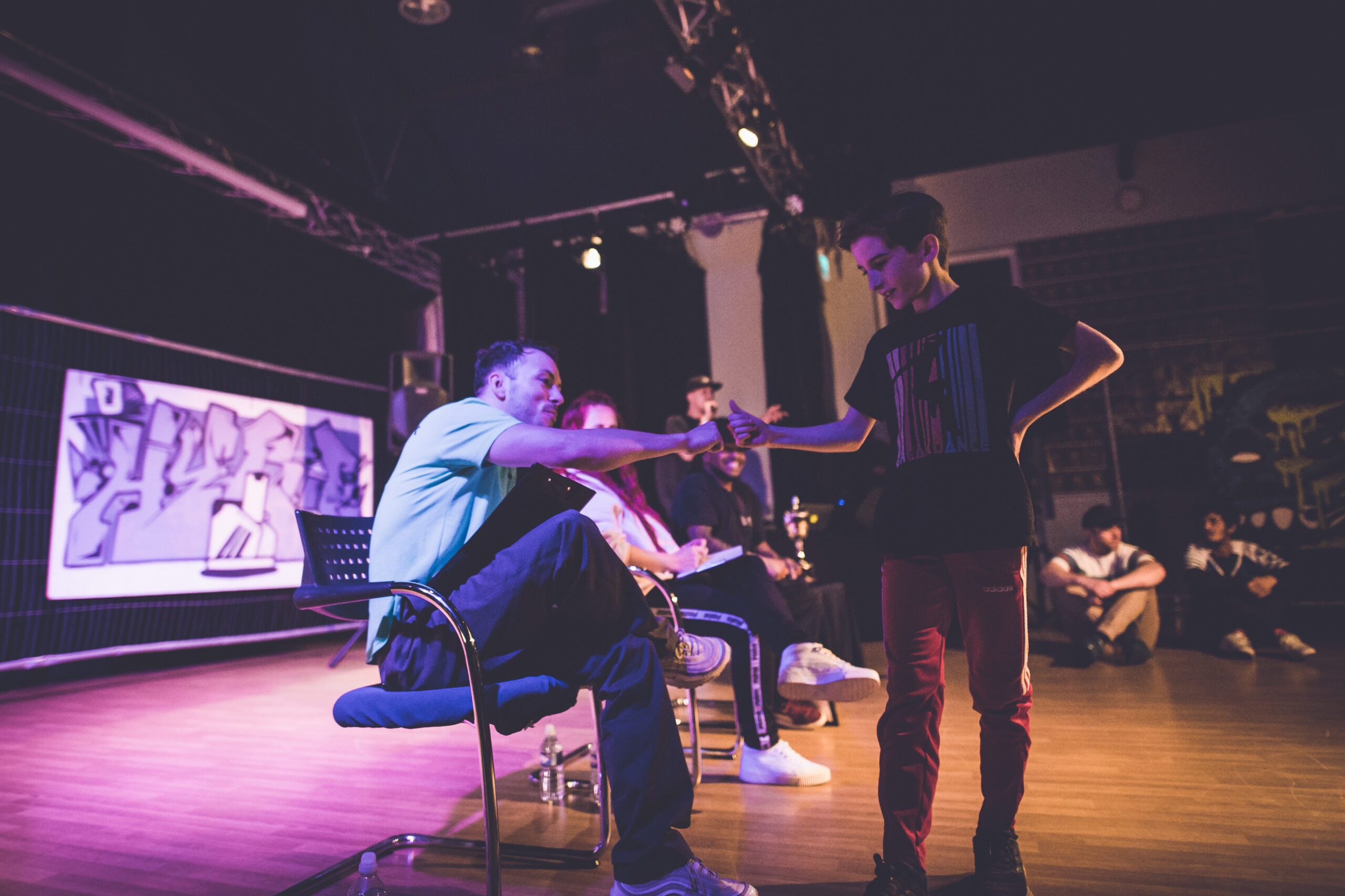 There were good vibes all night, it was great to have judges Lil Tim, Marius and Bgirl Fox freestyle throughout the night and represent the cypher right, bringing great energy and positivity. The battles were intense, and you could feel that each dancer wanted to take the Breaker of the Year Title. Everyone had been training hard in the lead up to the event but the victor was the one and only Bboy Stylez representing the Clean North Crew. He showed that experience and dedication to your craft shines through, his style and flow was on another level and his footwork was masterful. Everyone was really happy to see him take his place as a breaker of the Year alongside first-time winner Bgirl Fox and Bgirl Labyrinth who won in 2019. Everyone enjoyed having the freedom to experience hip hop together again live and in the flesh. It was great to have quite a few breakers stay the night in Bradford and chill through the weekend. 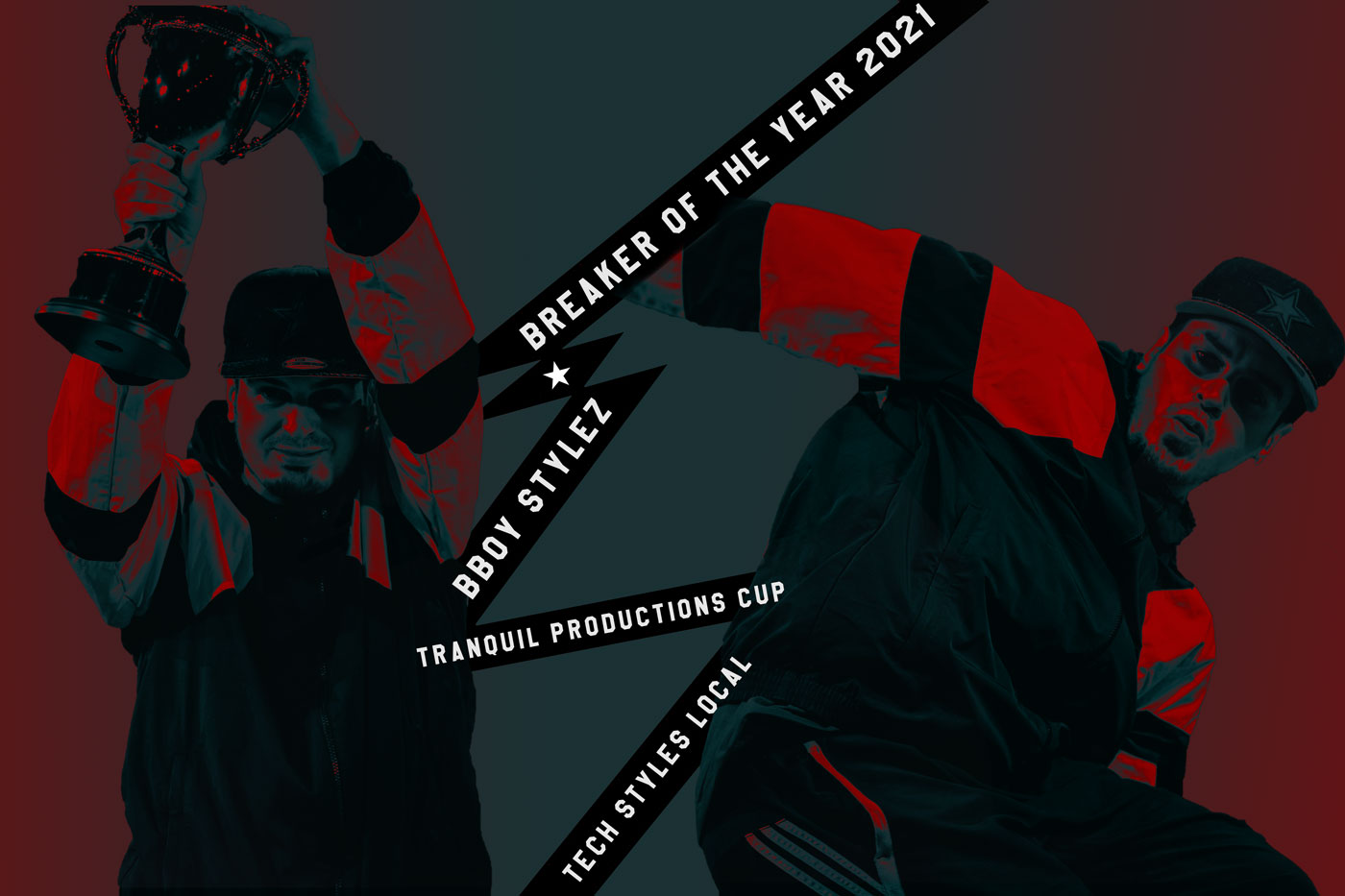 Saturday was inspirational as ever, the day started with a workshop by bboy Marius and he was sharing gems of wisdom all throughout. There were breakers of all levels present, and it was great to see his workshop speak to and inspire everyone who attended. We have some amazing film shots taken by director Lloyd Tranquil Thompson from the workshop that captured feeling and creativity in the room, you can flick through these photos below.

Then the doors opened and ‘Battle Day’ began. It was like going back in time, many breakers came to Tech Styles Local who had not battled or been to an event in years. Due to travel restrictions and scaling of the event we were not able to have MC trix join us but we had another legend join us this year, none other than 10Tonn (Speak To The Streets & Fresh Jive) who rocked the mic all day, alongside co-host Tranquil. We were also joined by DJ Rasp a DMC champion who is renowned for his incredible skills on the turntable, he dropped a mind-blowing scratch set once again. This was his fourth time at Tech Styles and his skills always seem to amaze.

There was such a mix of generations within the breakin scene and it was an amazing feeling for everyone to have so many respected bboys and bgirls under the same roof. Massive respect for the 16’s Under 2v2 champions for taking the win Lil Mega and Juice, these two bboys have a bright future ahead of them. They had clearly upped their game since the last event we held in 2019 and it was great to see them reaching new levels in their dance. 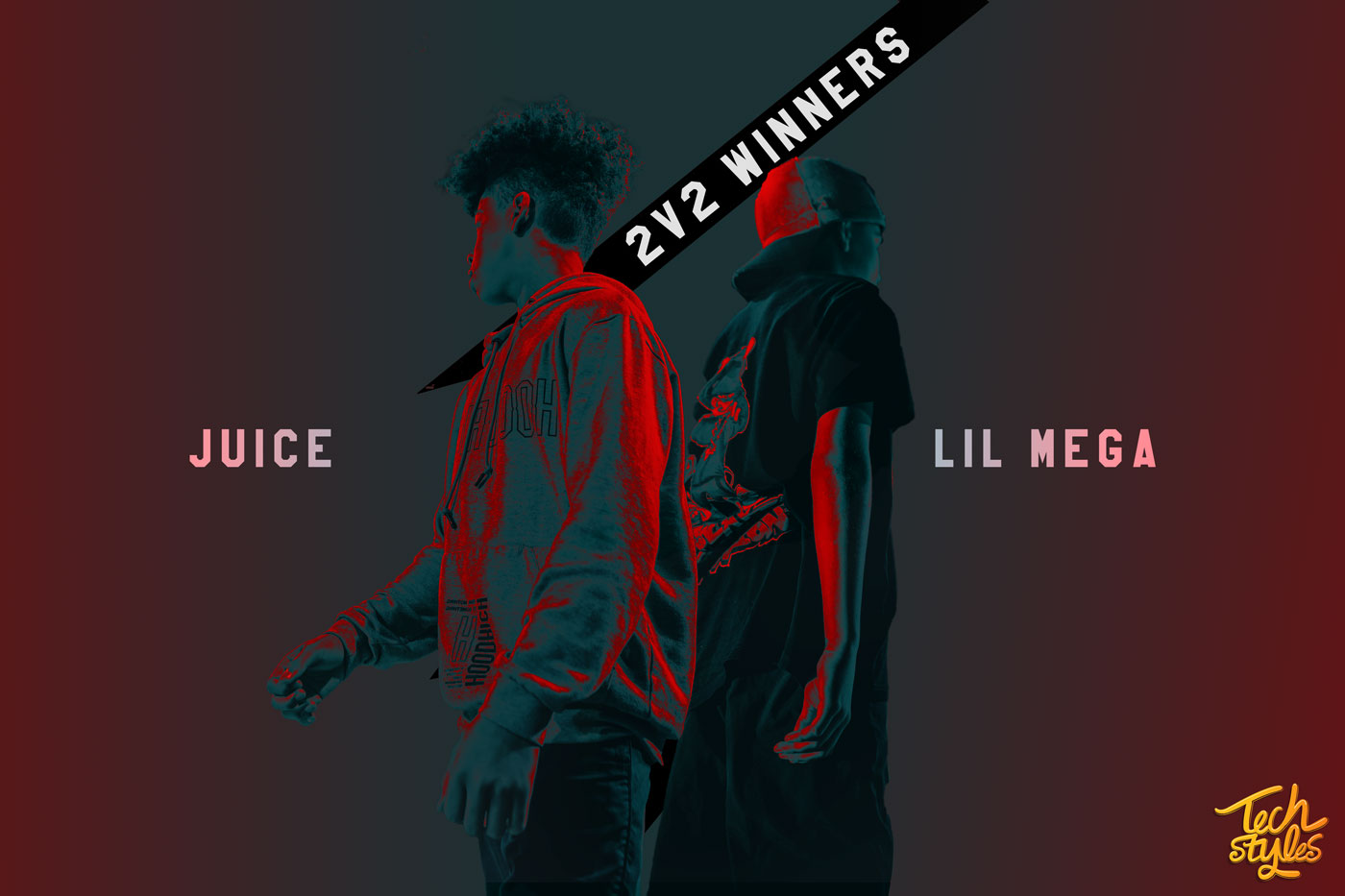 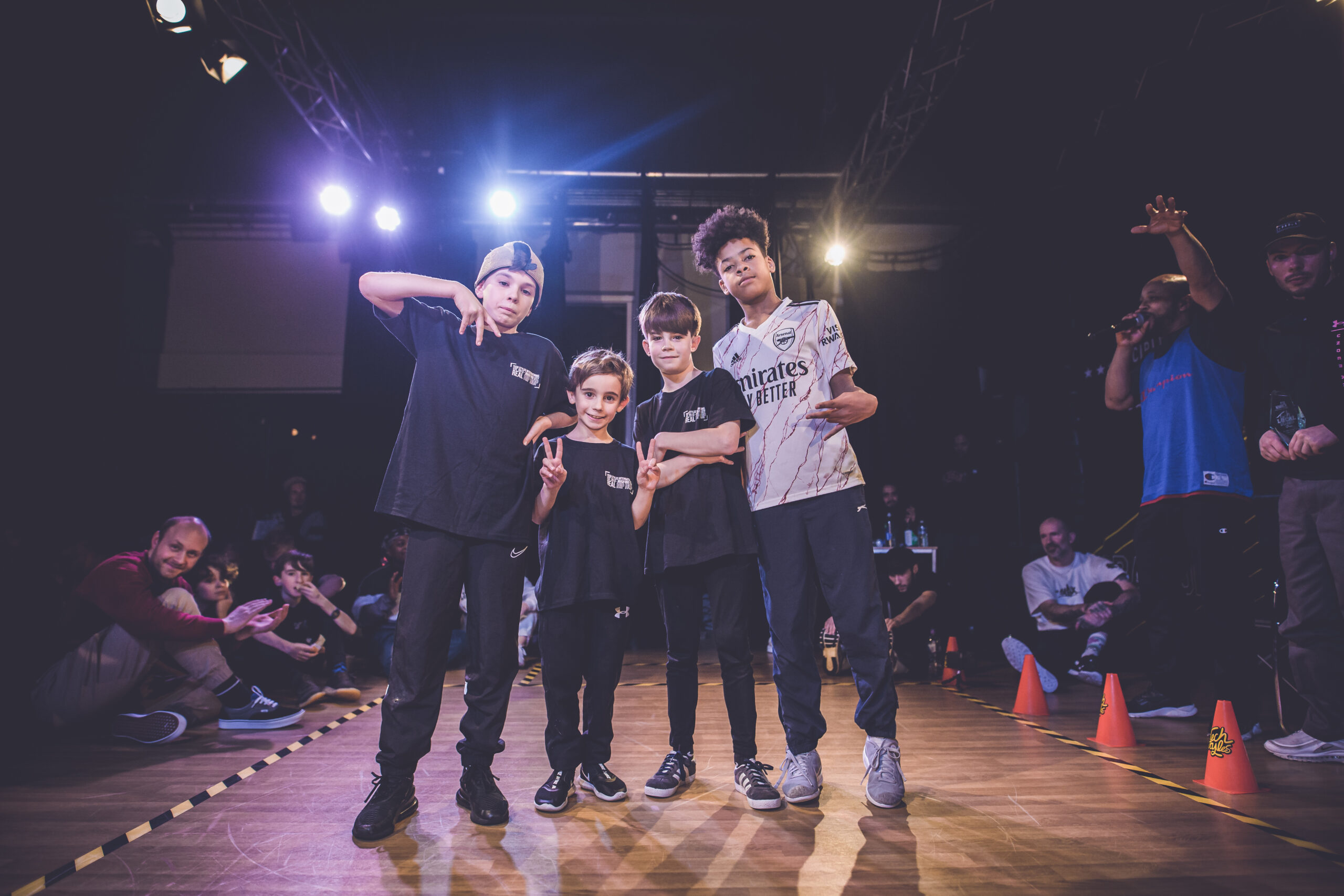 The 1v1 battle was packed with top breakers from across the UK and it was great to see people travelling to Bradford to represent. The Tech Styles International team was blown away by the support of the scene and everyone’s positive energy, breakers wanting to make the most of the chance to cypher, battle and represent hip hop. We also had Bgirl Rawgina join us as a judge for the battles and it was exciting for us to see her on the panel. The battles were neck and neck throughout and the dancers gave the judges a really hard time but in the final, Bboy Litefoot showed everyone what he was made of and took the win. Litefoot has represented at Tech Styles for years so it was amazing to see him take the solo win and just how advanced his level of breakin has become. Litefoot is clearly dedicated and refined within his style, he has a unique use of flexibility and flow, which makes him dangerous to battle. We are sure as the years progress we will see more of Litefoot on the world stage representing the UK. 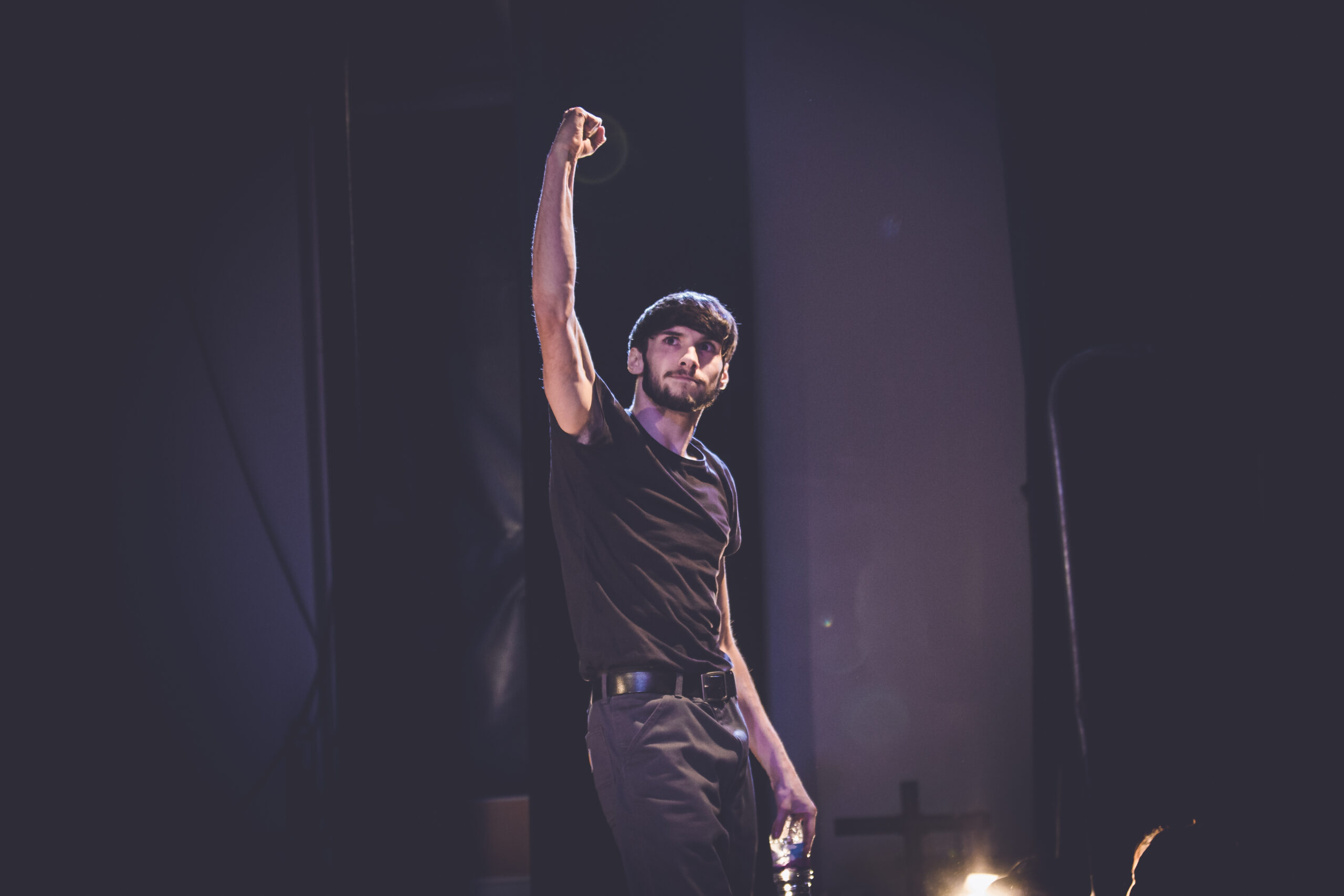 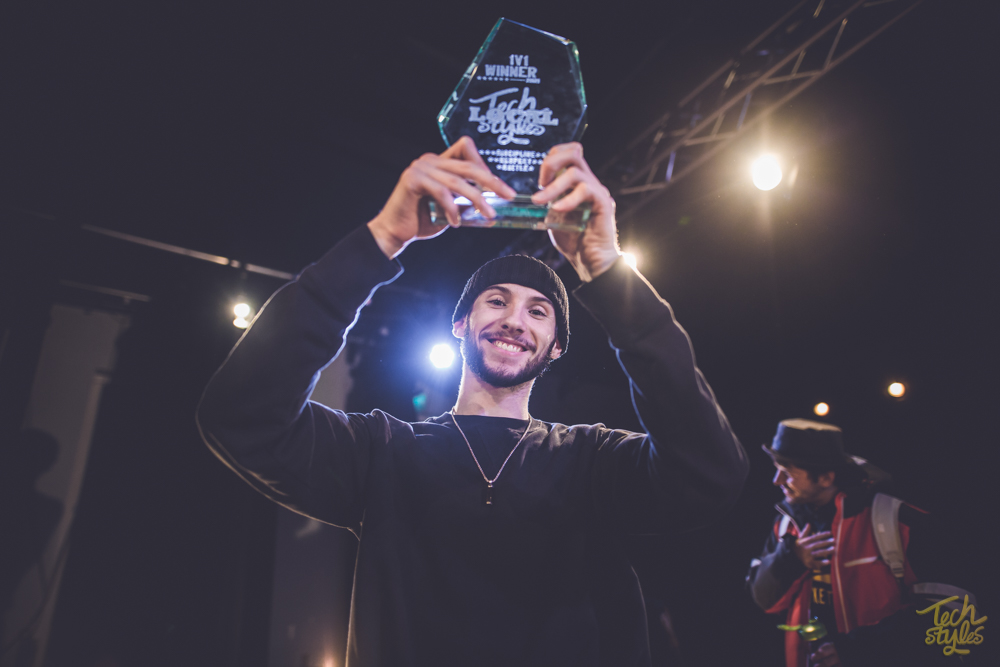 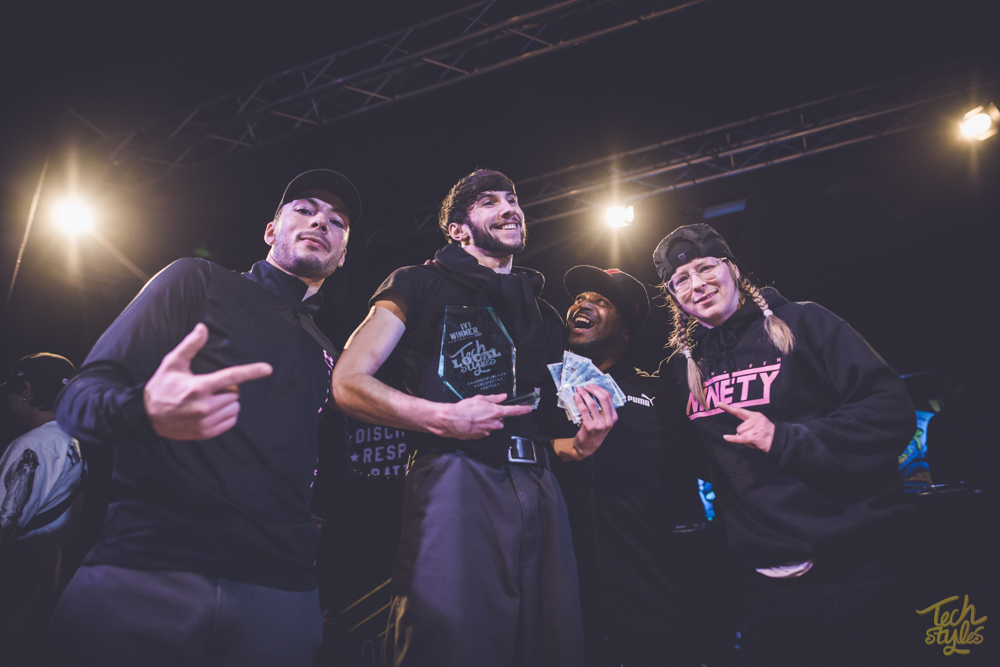 Battles are of great importance in hip hop culture across all the elements, however there is something that speaks to every artists and that’s being dope! You can win, lose or draw but if you represent well, no one can take that away from you. This is the essence of street culture to represent yourself, your crew, your city and your style. Thank God this is Hip Hop! We try to maintain this belief and hold onto the values of hip hop. At Tech Styles we want to reward bboys or bgirls who show exceptional character and skill during our events through our Special Ops award. This can go to any bboy or bgirl who brought the fire to the event by inspiring people around them and pushing the level.

That leads us onto the Special Ops award, which goes to the other finalist on Battle Day, none other than Bboy Meaway! His performance throughout the day was amazing he brought a fresh style, funky tops, difficult moves and high energy to the floor. This was his first time to represent at Tech Styles but he definitely left his mark and a good impression, it was great to see Meaway and Lil Tom travel to the event all the way from Milton Keynes and bring positive vibe with them. If you want to see the battles from the event, you can find them all on the Tranquil Productions YouTube channel through the this link. 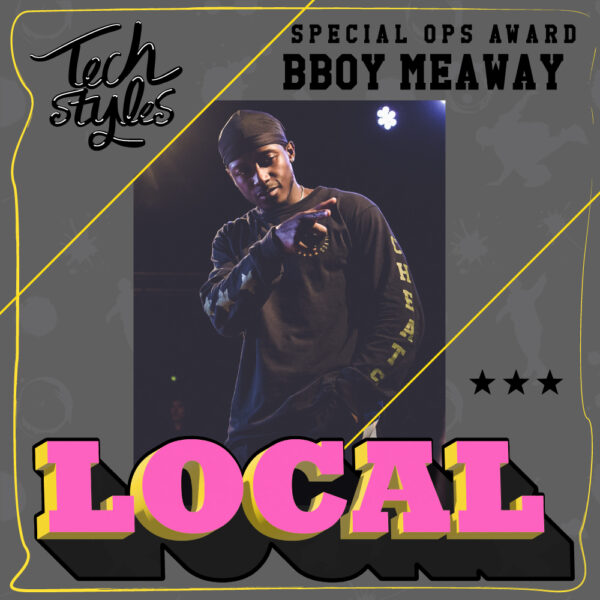 To finish off this post you can view the Tech Styles Local promo put together by Tranquil Productions and some stunning photos taken by Karol Wyszynski from the event (the album can be found on Facebook). Luke Hogan created an amazing promo which captures the essence of the event. We hope to see you all at the next Tech Styles event to celebrate breaking, hip hop and good vibes. We hope everyone stays happy, healthy and true to themselves during 2022, God Bless. 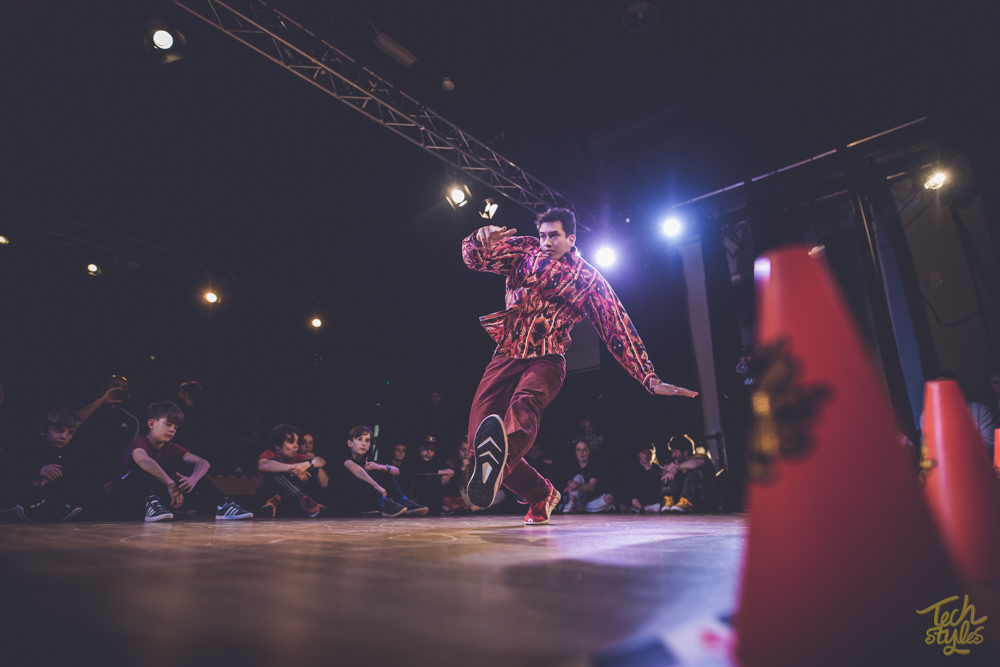 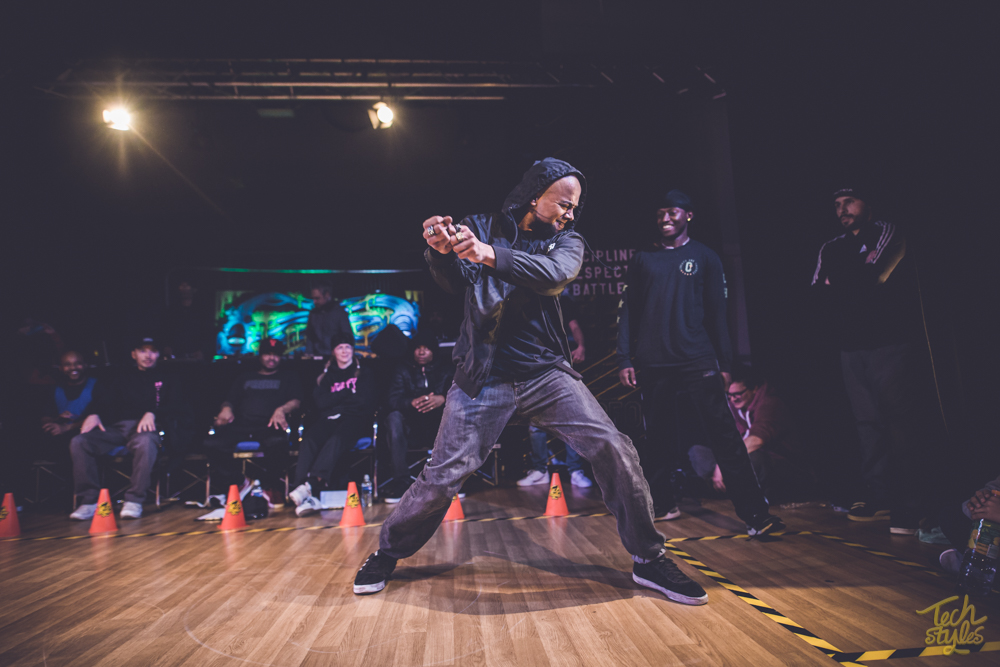 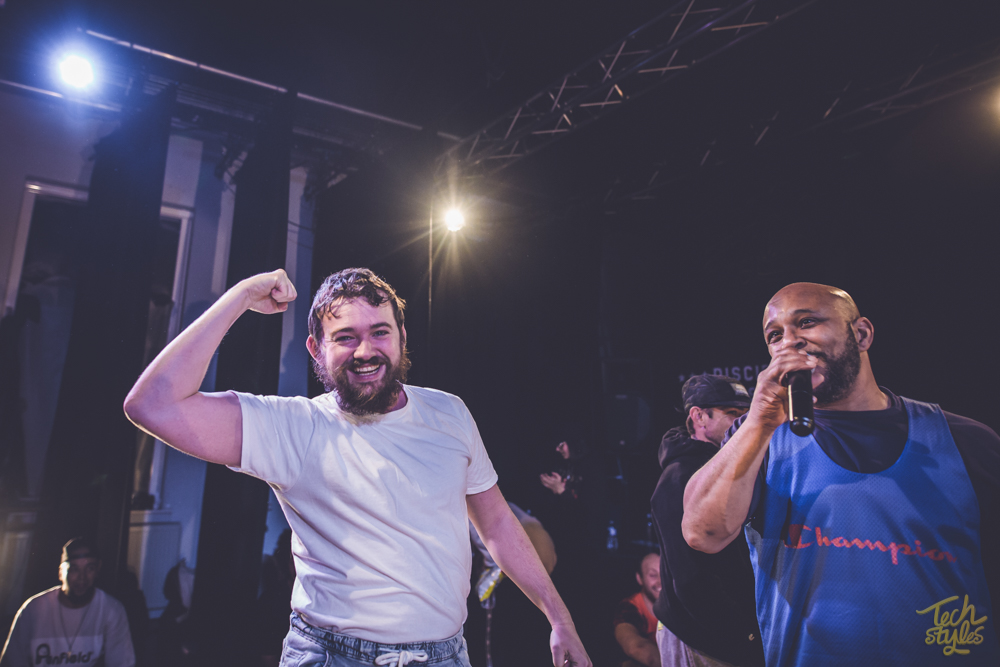 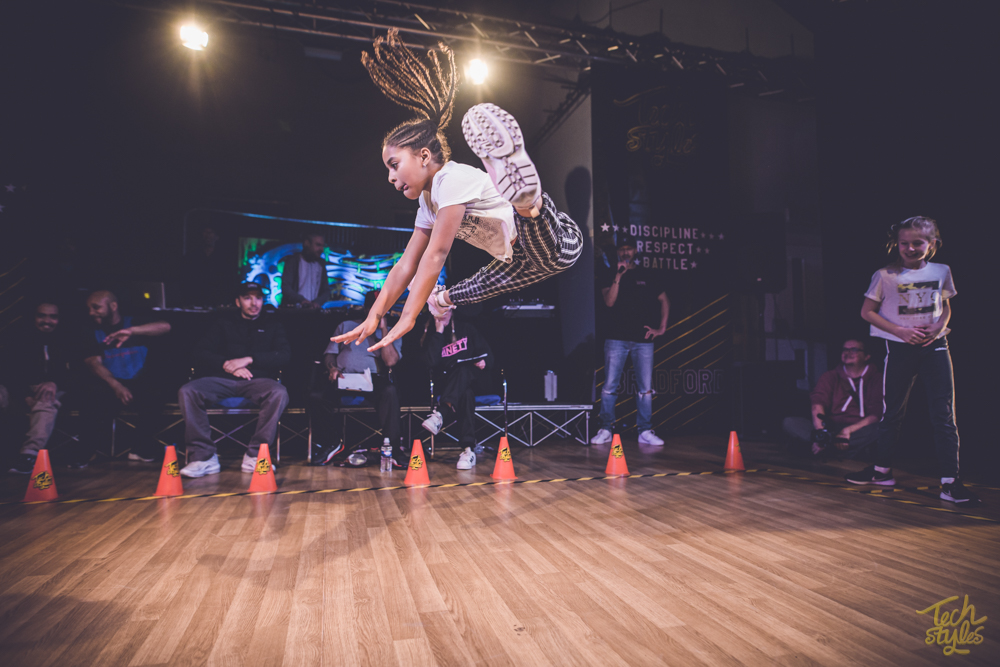 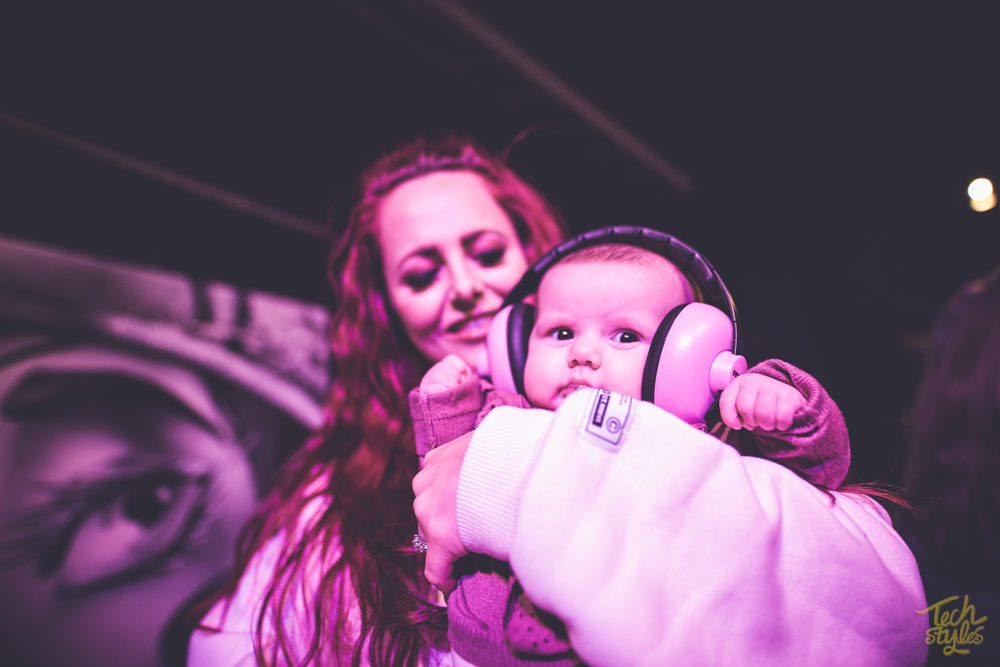 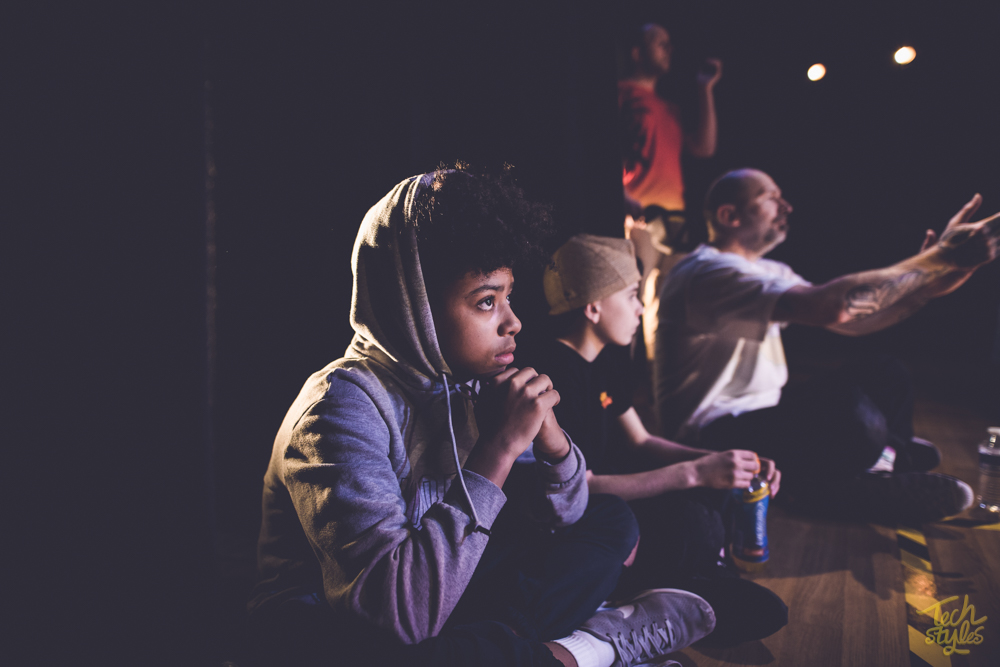 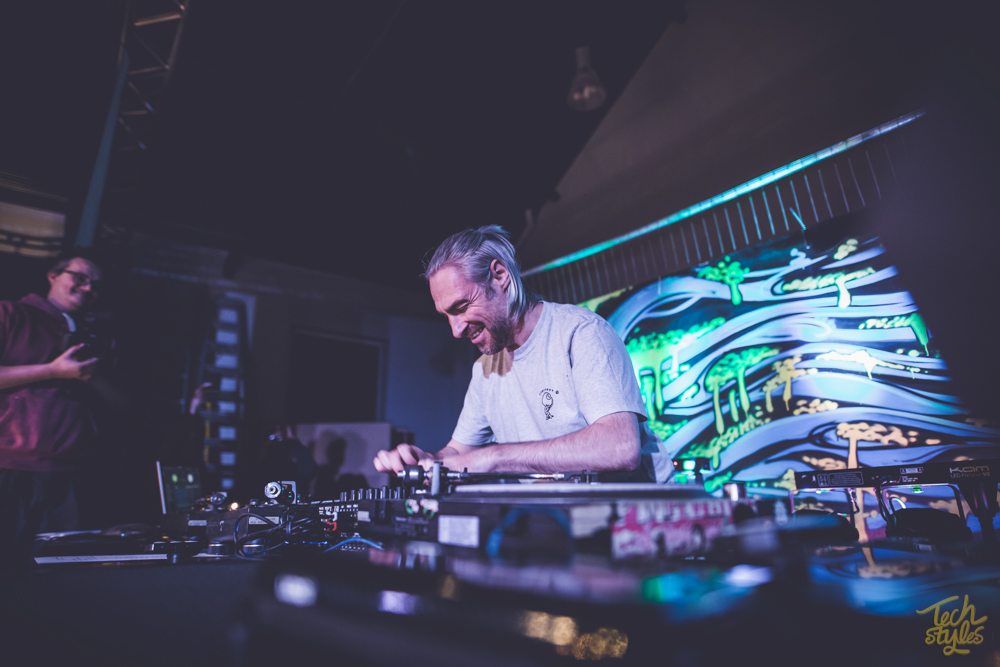 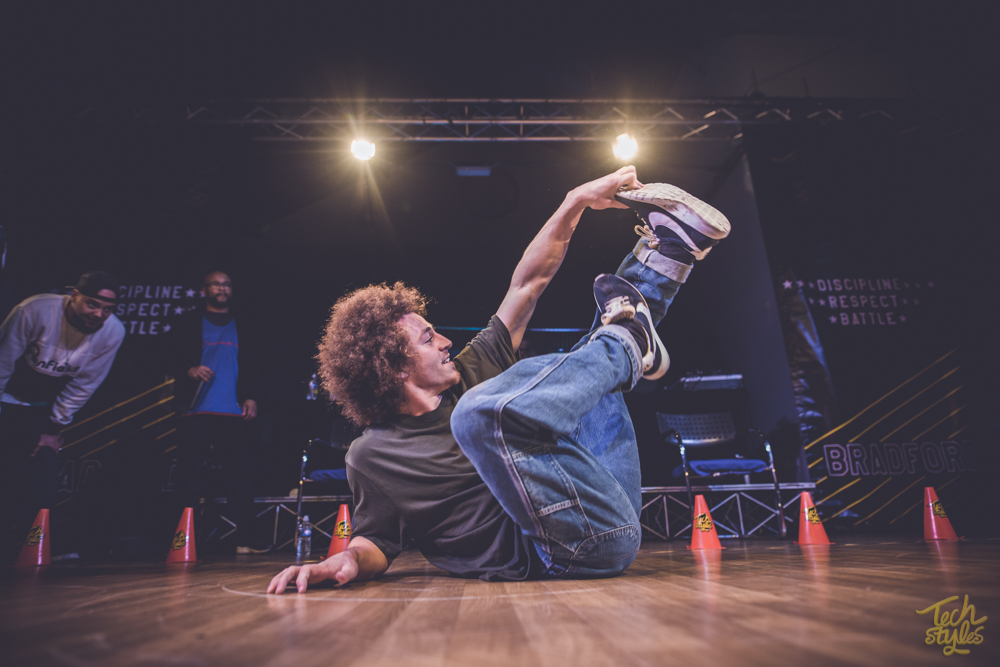 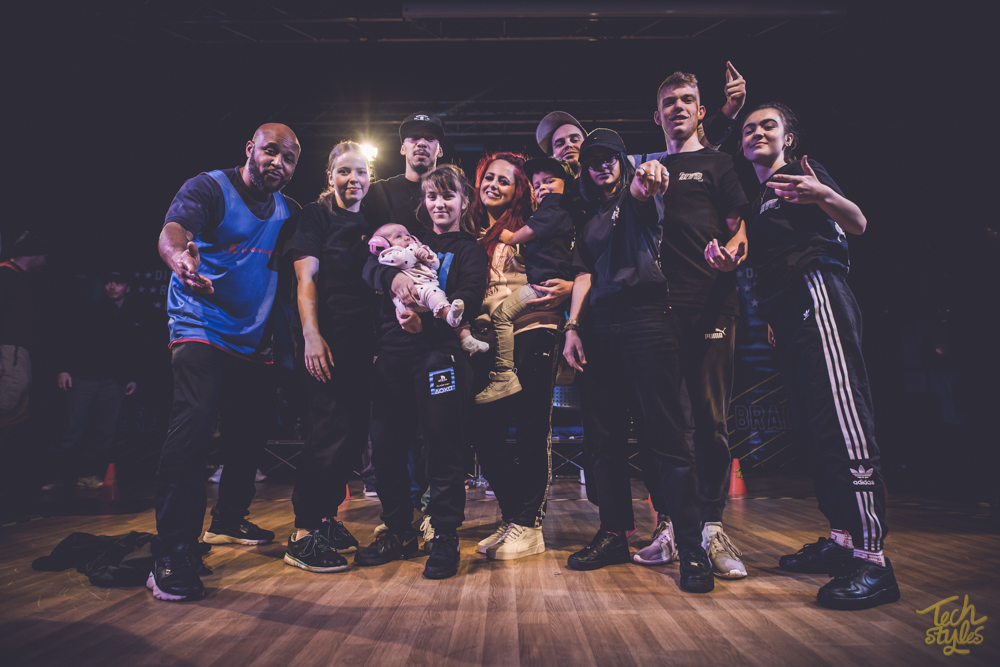 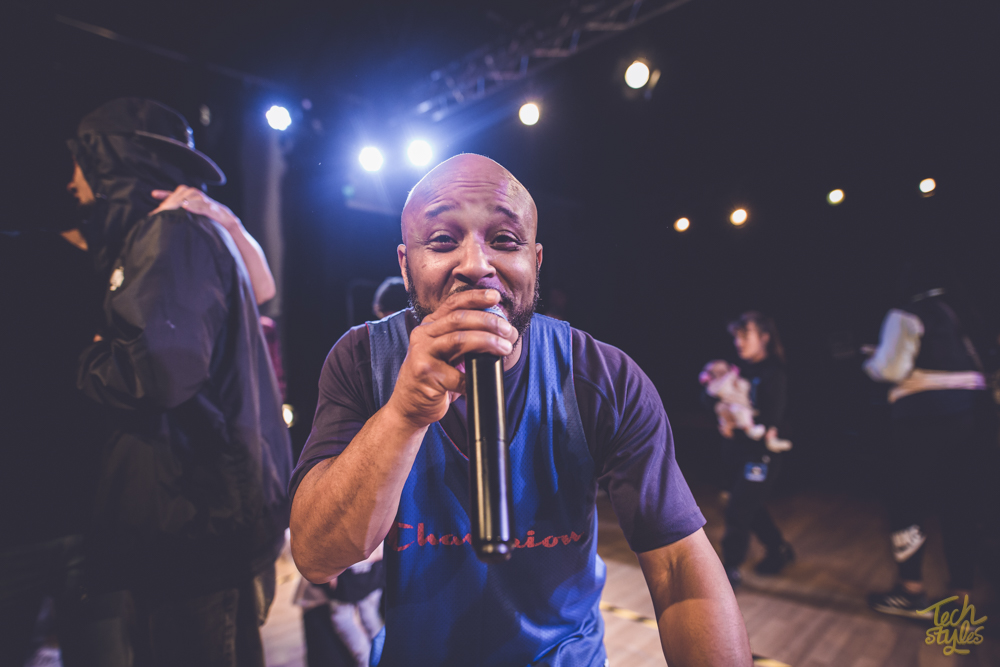 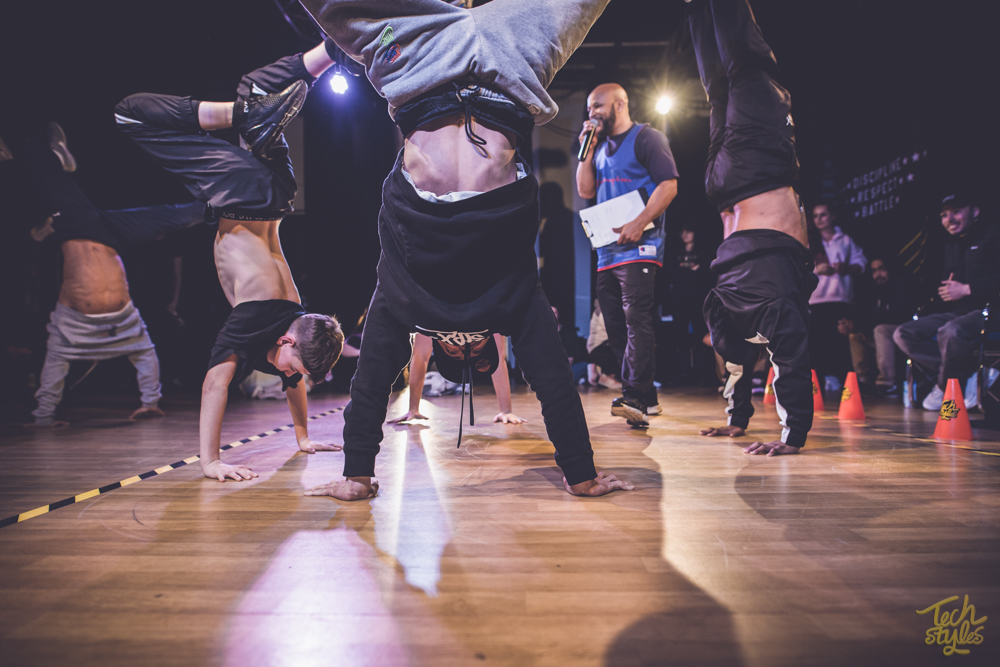 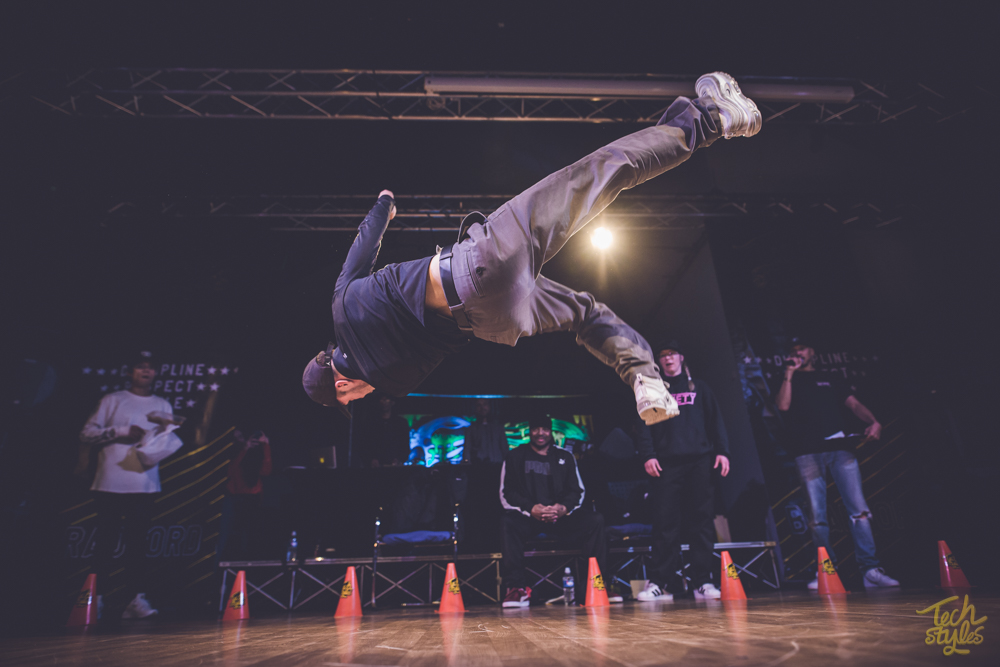