What Happened at Tech Styles 5?

What Happened at Tech Styles 5?

First and foremost, we would like to officially welcome everyone to the Tech Styles International website. We are super excited to have the site and all our social media accounts up and running. We hope that this is just the beginning of our journey with Tech Styles and we want to bring you more amazing events year upon year.

We want to build a strong following of people that enjoy real Hip Hop/breakin, from bboys and bgirls to the general public. Please take a look around the site and get a feel for what we as an organisation represent. To help us build our vision please head over to our Facebook Page and Instagram account after reading this post and show us some love by liking/following us. Over the next 2 months we will be bringing out great posts daily on Instagram & Facebook just for you, so please check them out.

We have to say a massive thank you to the supporting organisations and funders who made this event possible, Arts Council England, Kala Sangam, Bradford Council, Tranquil Productions and Seedbed. We are so grateful and thankful for your overwhelming support for our God given vision for improving the arts & communities through breakin/hip hop within Bradford.

What happened at Tech Styles 5?

Tech Styles 5 was a dream come true. The event was the result of years of hard work, faith and commitment. The Tech Styles team and the supporting bboys/bgirls of Bradford including ‘Clean North’ worked with such drive and determination to bring one of the best breakin events Bradford and the UK has ever seen. The crews came out in force and our number of attendees almost doubled from our last event at Tech Styles 4.

The atmosphere and vibe in the building was thick. From the main event battles, which had such a great energy and positivity to the call outs that went down in true hip hop fashion, it was a massive step up . We even gained mass media coverage through radio and news segments on national TV. Below you can find our promo shot by Luke Hogan, who is part of the Tranquil Productions team.

We have to give a massive shout out to the returning crews; Clean North, Industrial Techniques, Solid Rock, Blaze, Nasty Natives, Leeds the Way, Trinity Warriors, Battalions and Soul Maverick. It was great to have the support of these crews two years in a row. We were also very happy to be joined by new crews such as BP Squad, Filthy Dogz, Mid Gangs and Tune Platoon who all brought fresh energy to the event and we hope to see you all back again this year. 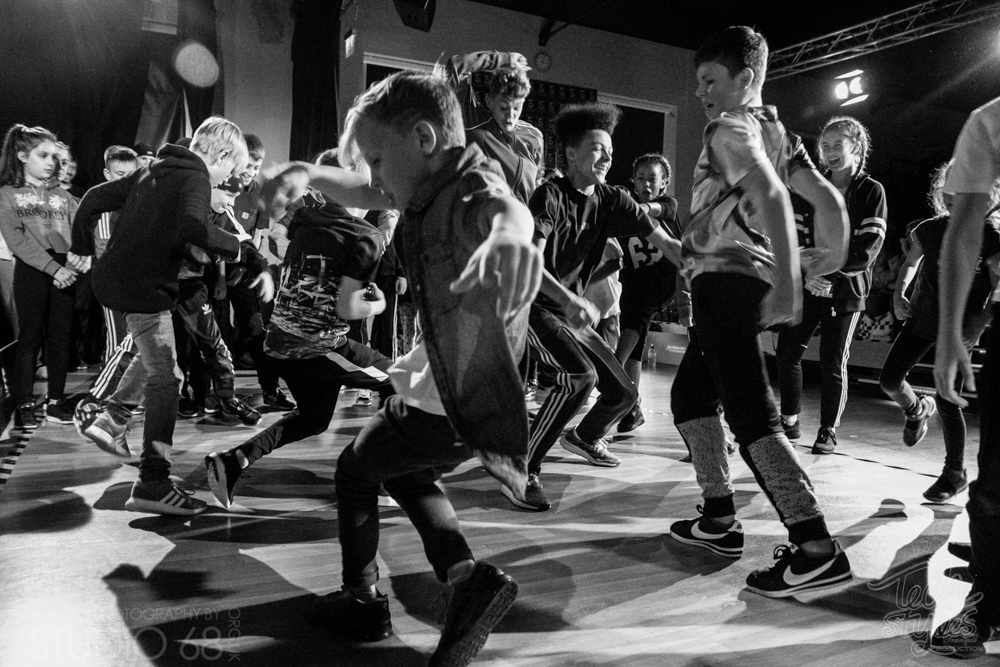 It was amazing to see the level had gone up in most of the bboys/bgirls and crews. We as a team always review the battles and it was easy to see a big improvement since last year in the quality of dance and skills. To see a massive improvement in just one year was hugely inspiring to us as an event. Soul Mavericks were on point and kept bringing the heat all the way to the final, they took the win against Nasty Lions who gave them a fierce battle. The final can be viewed below. Shout out to last year’s Special Ops winner Gribs who smashed it once again for Nasty Lions.

Then came the 2v2’s which were incredible, Terra and Eddie (Dragon Assassins) held nothing back, all the way through the event they battled like warriors and took the final against Clean North’s Airdy and Spider. This was the second time Terra had visited Bradford within the space of a month, she came to judge the Bradford Brawl event in September and it felt great to have her back but this time battling.

We ran our first ever night, The Hip Hop Collective, which was incredible. For anyone looking to understand breakin Hip Hop on a deeper level, gain knowledge and be inspired this is the place to be. It felt amazing to be joined by our international guest bboy, the one and only Kleju. For us he will go down as one of the all-time greats for his free style and connection with the music, he is a character and is unmistakable when he dances. The insights he gave into his life at the Hip Hop Collective were amazing to hear and he showed the depth of his mentality towards hip hop as well as his humours side.

Not only did Kleju join us from Poland we also had MC Trix, the legend himself joined us again. He also spoke as a special guest at the Hip Hop Collective and gave huge words of hip hop wisdom for all that came to hear the talks that night. Our very own bgirl Labyrinth also joined this panel of guest speakers too and gave a heartfelt talk about her journey and what it has taken to get where she is today! 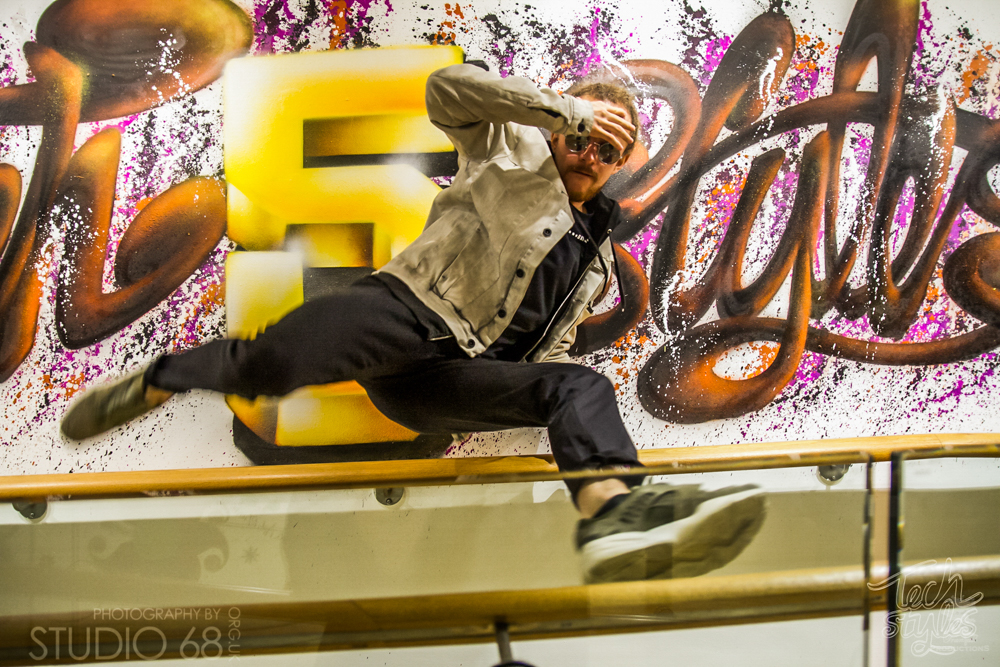 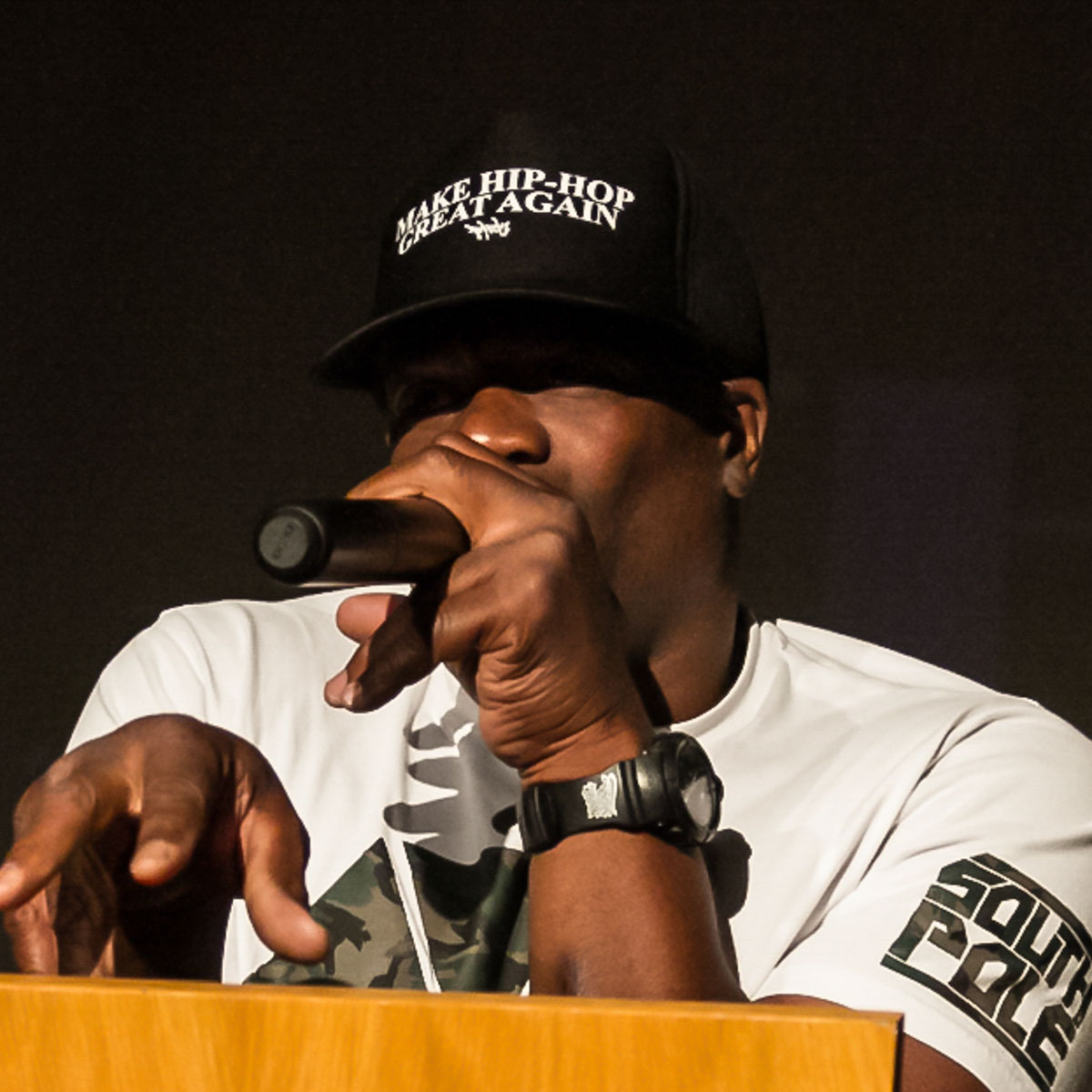 Not only did we have great talks; we also had an amazing graffiti exhibition called Graffiti BattleX, incredible music by Flame Griller, Yorkshires very own master MC’s and a pre-party to kick off the event weekend. The Hip Hop Collective surpassed our expectations. All the artists were extremely talented and sprayed incredible pieces. We let the audience cast a ballot box vote letting us and the Graff artists know what drew them to choosing their preferred piece. The respect and love between the artists was inspiring and there was a great sense of unity throughout the night. Shout out to Trik09, HyroGraff, ASOR and SOWOT. Below you can see photos of all the pieces including the people’s choice, winner of the exhibition Trik09. 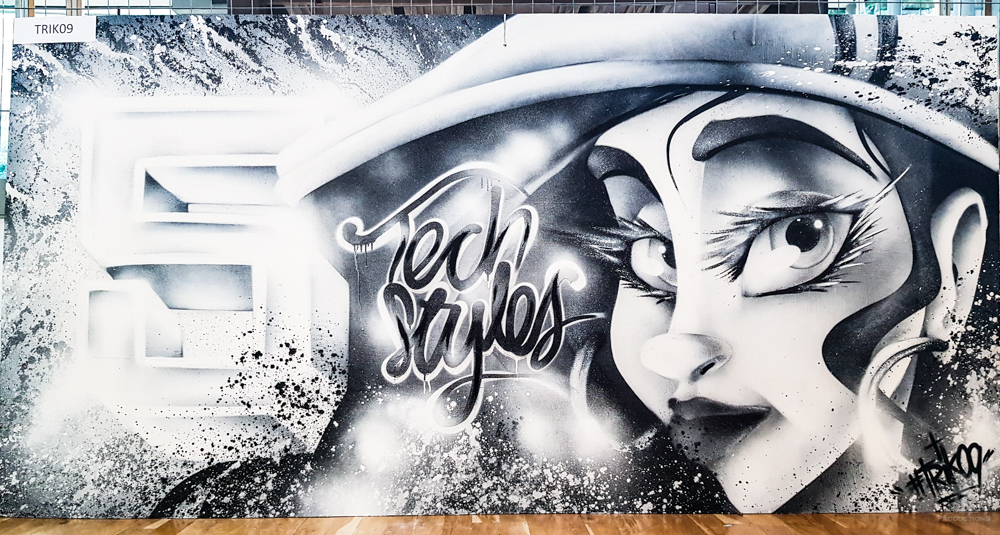 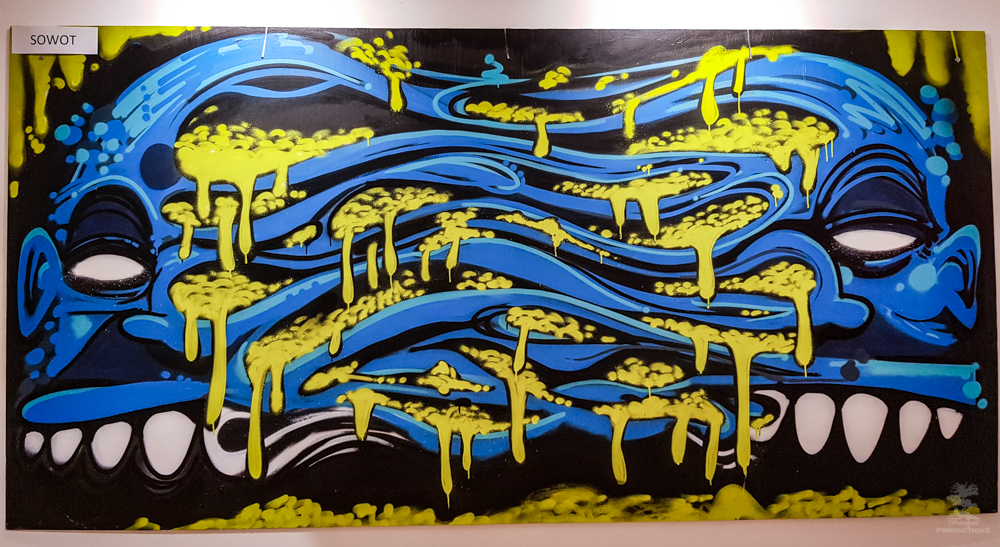 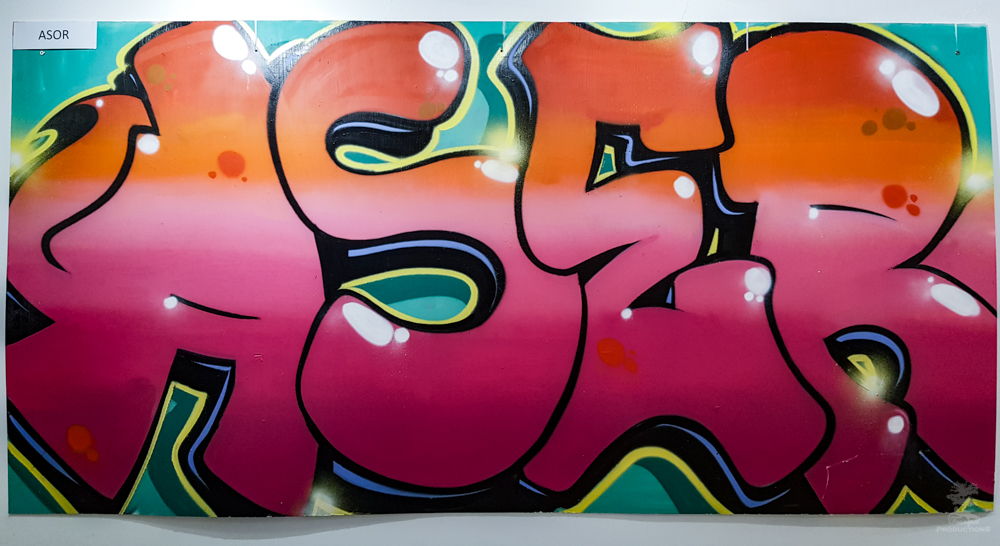 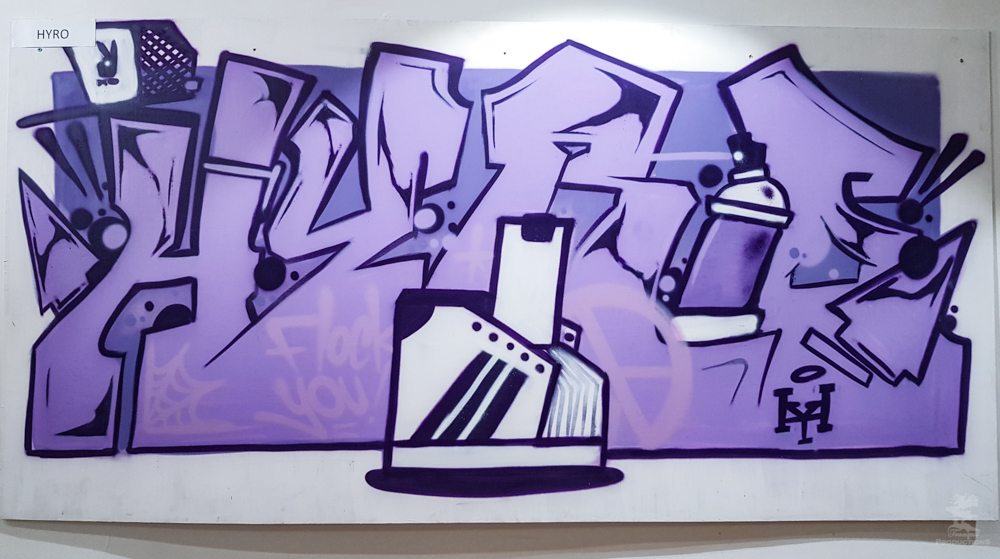 This brings us on to the –Special Ops– Award.

At Tech Styles we value that raw bboy energy and presence in the cyphers and in the battles. We want to reward bboys or bgirls who show exceptional character and skill during our events. Winning is important but Thank God there is so much more to hip hop culture than winning, it’s about representing, creating and sharing.

Bboy Fridge, representing Filthy Dogz took the £50 –Special Ops Award– provided by one of our sponsors, Tranquil Productions. Fridge caught the attention of many people throughout the day including the judges. His name kept popping up even after the event and some people would ask the team “what’s the name of that guy who battled with Filthy Dogz, he was fresh”. People were really drawn to his style, because of his strength and flow. Fridge lets his moves do the talking for him and this is something that we highly value at Tech Styles. This was a well-deserved win congratulations Fridge!

This post would not be complete without mentioning our incredible team; Our chief runner bboy 1K for helping in everyway needed, The DJs Rasp, Musicarl & Black Belt Jones of 3E Productions who were smashing it with incredible music all day; Punjabi Roots Academy for the amazing sound system bringing heart thumping bass; our host the great MC Trix; The judges of the event Marius, Lil Tim Harribo, Kleju and Foggy; The photographers Karol and Riaz; our videographer Luke Hogan; Our volunteers Sam & Paul; The support team Alex, Ifty and Cat from Kala Sangam and all the support staff who made this event possible plus many more and last but not least Clean North for all their help and support. Tech Styles International wants to say a huge thank you to everyone who was involved.