Tech Styles International took Bradford by storm once again, cementing itself as one of the UK’s leading hip hop events. The amazing weekend of Tech Styles 6 saw bboys, bgirls, graffiti artists, DJs and lovers of hip hop come together from across the whole of the UK and beyond. Director of Tech Styles International, Lloyd Tranquil Thompson and the team worked tirelessly for months to bring this event together, their faith and passion was the driving force behind it. Months of community work, planning and promotion culminated in the incredible Tech Styles 6 weekend, which thank God was one of the most successful events we have had to date. You can see our amazing new promo shot by Luke Hogan part of Tranquil Productions team, he did a fantastic job of capturing the atmosphere of the weekend. Please make sure not to skip straight to the promo though as there are some amazing things you should read about first.

Our biggest achievement for this project was being able to highlight Bradford’s amazing bgirls (female breakers) bringing them to the centre stage and giving them a platform to showcase their skills. Bradford has one of the largest concentrations of Bgirls in the world and we wanted to celebrate this in style. Tech Styles 6 brought together 15 of the best Bradford bgirls, from across 5 crews to put on a showcase and what a show it was! The newly formed group named ‘Bradford Girl’ stunned the audience with their unity, passion and skill. 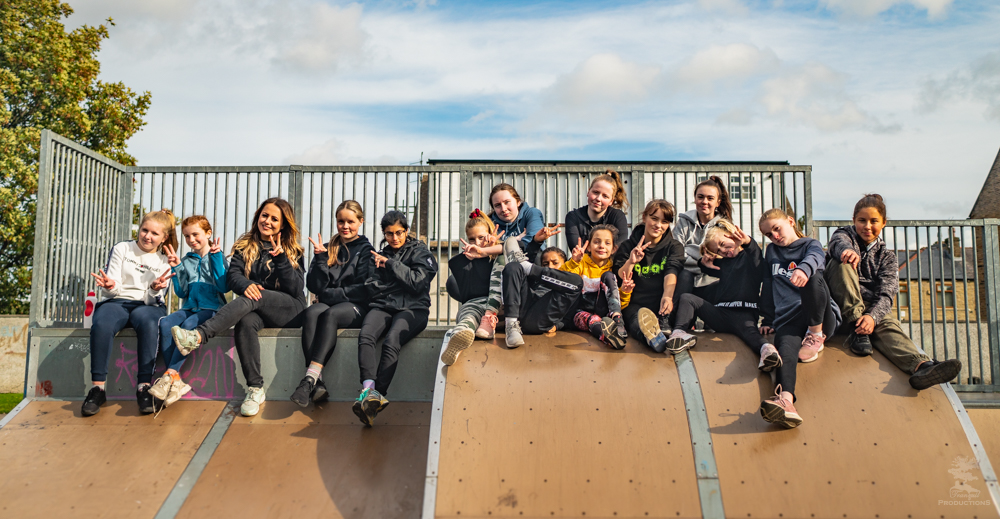 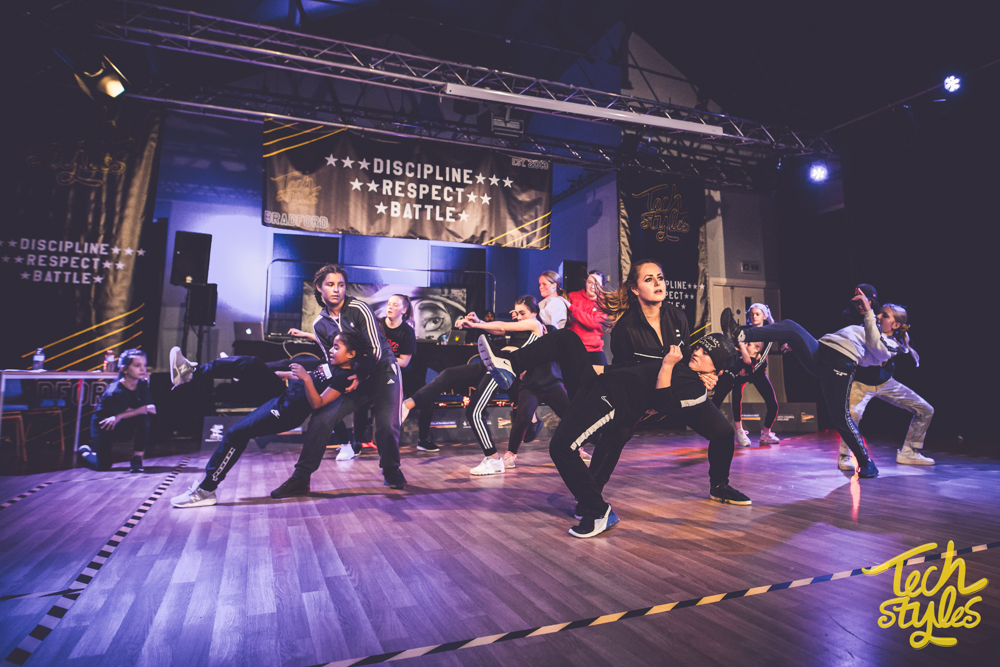 A host of international guests came to celebrate Bradford’s achievements and the amazing community including the world famous Bgirl from Japan, Narumi, Body Carnival Crew. It was incredible for us to be able to bring a guest from across the globe, to share her story and give insights into her journey as a dancer. Being able to give this experience to young people and adults is so important for the future of breakin and the arts & culture scene in Bradford. We plan to release some footage of the speeches from ‘The Hip Hop Collective’ on our website in the future. Despite catching a UK cold while here Narumi loved her time in the UK and left feeling inspired by the event and what we are building for the community as a whole. 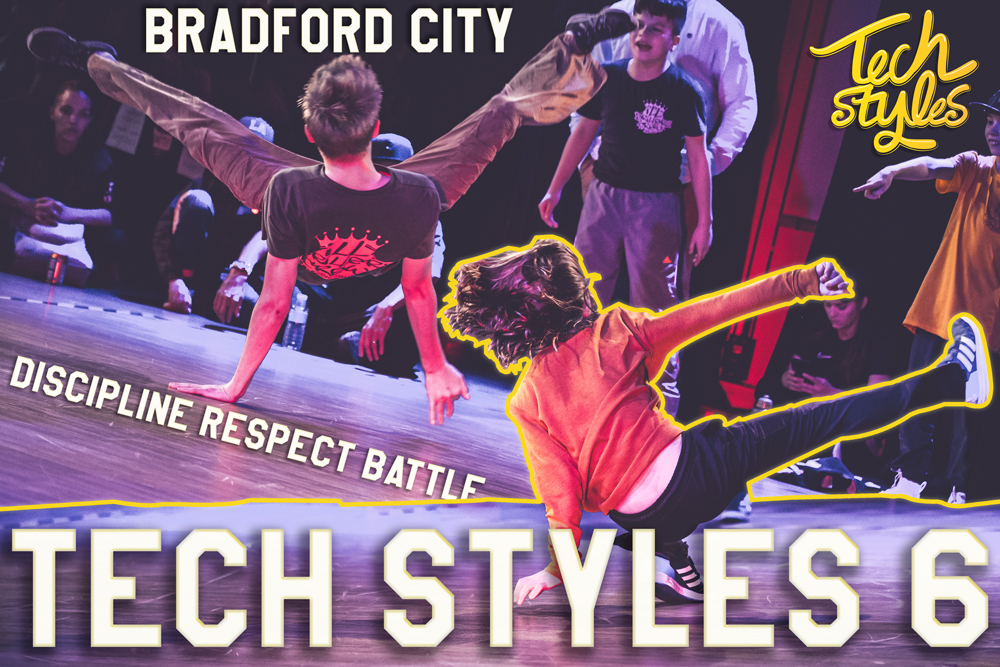 We have to give massive respect and thanks to the one and only Lil Tim who stepped in to deliver our workshop. Tim shared his knowledge/skills and gave a great workshop, showing why he is one of the UK’s most loved bboys. Check out the photos below. 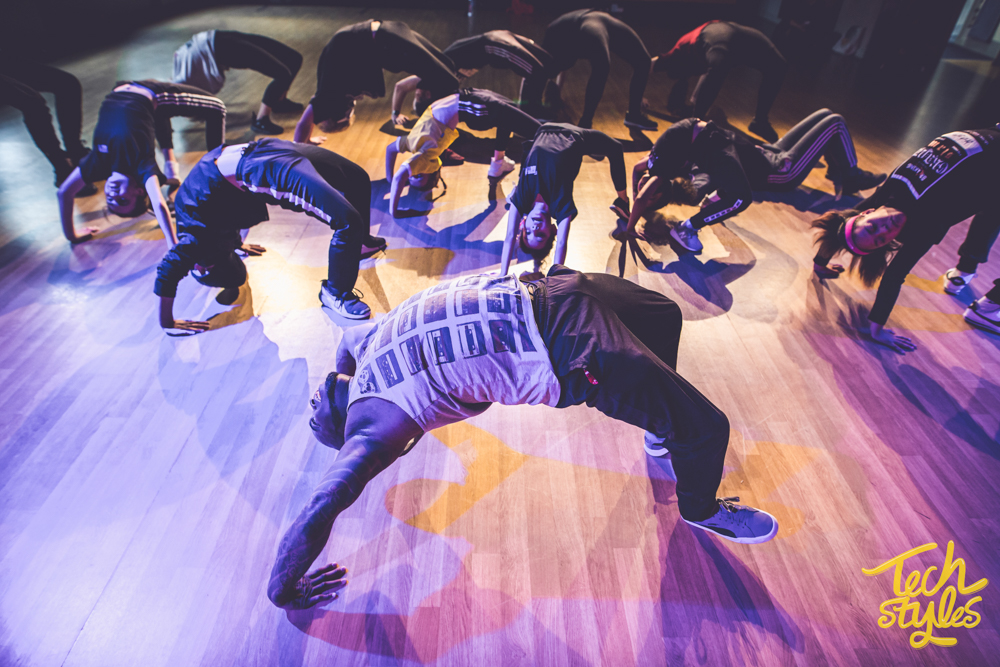 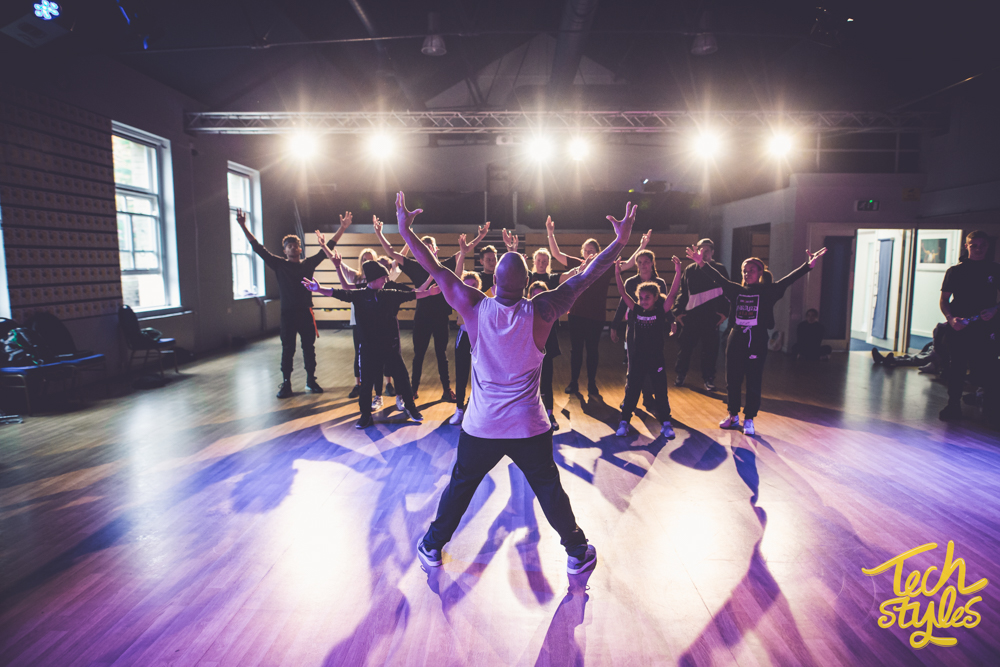 The Hip Hop Collective happened for second time this year on the Friday evening and we felt it was just as inspiring as we had hoped it would be. The main speakers were Narumi, Bgirl Fox and Legendary Bboy 10Tonn from Leeds. If you have never been to the Hip Hop Collective we would say to make it a priority to be there the next time it happens. This night is all about inspiration and experiencing hip hop at its best, great talks to educate and inspire, great music from DJs and MCs, live art graffiti exhibition and to finish it off an amazing pre-party with cyphers throughout. Knowledge is one of the key elements of Hip hop and it can be hard to find, both 10Tonn and Fox gave great speech’s with gems that could help everyone on their journeys in dance and life. 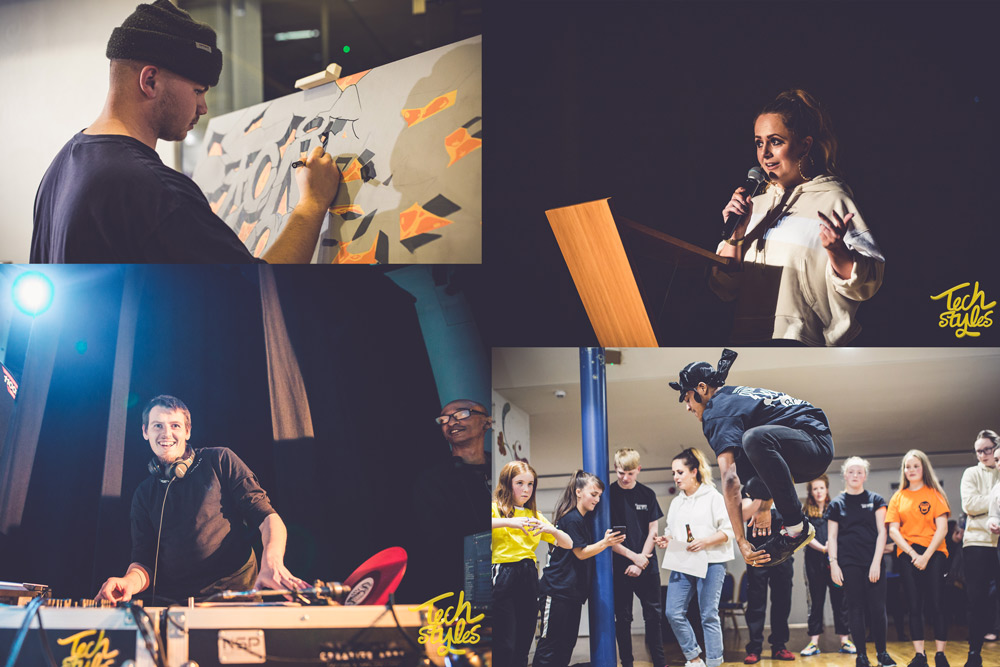 This years Graffiti Exhibition was taken to the next level and the pieces created stunned everyone on the night. All the artists managed to complete their piece within the 3.5 hour time limit, from the second the timer began every artist was quick off the mark and wasted no time in starting, no one took the exhibition lightly, it was impressive to see. We had a new set of challenges this year, the artists had to use markers instead of spray cans and the theme was inspirational women. This could be in any form which had meaning to the individual artists e.g. a word, a picture or a mixture. In our eyes they are all winners and made it through the selection process because of their ideas and skills we have massive respect for them all. 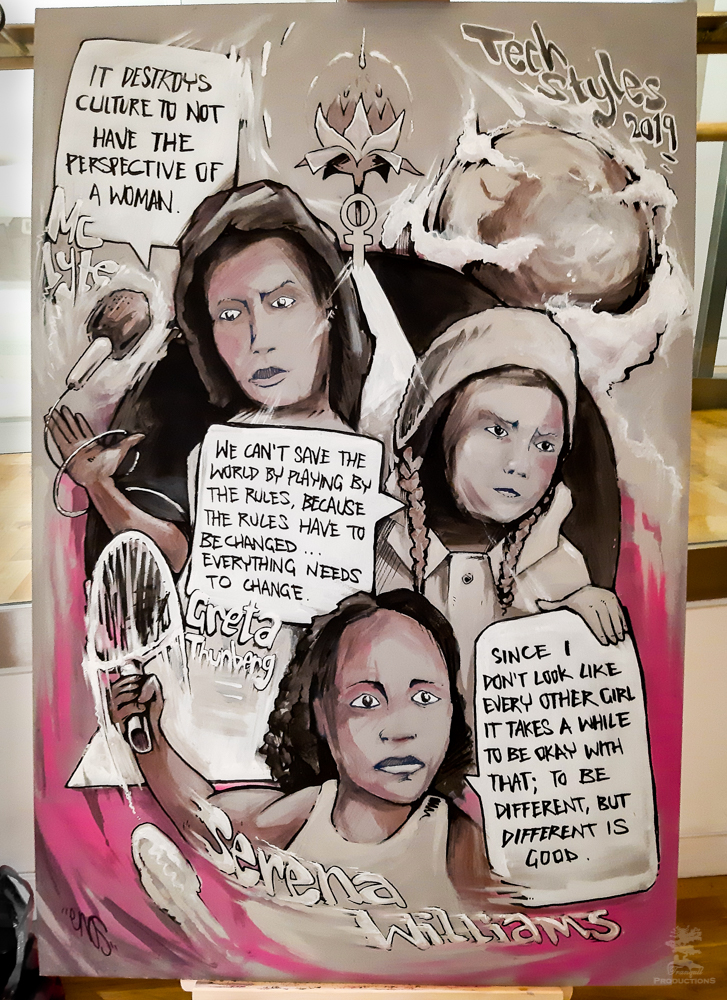 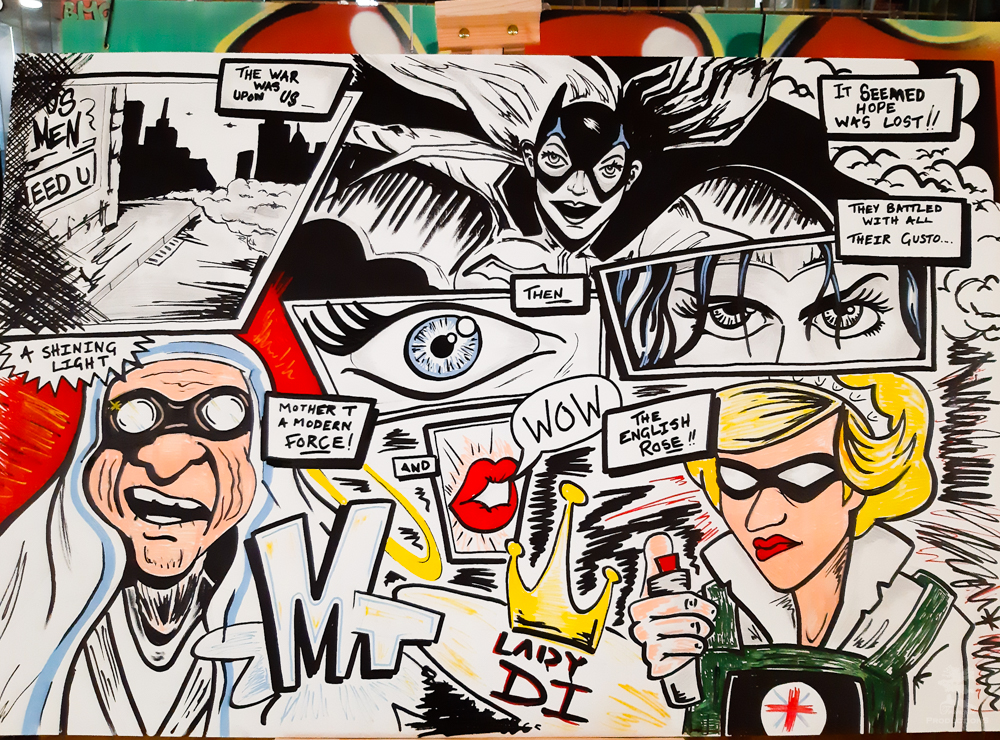 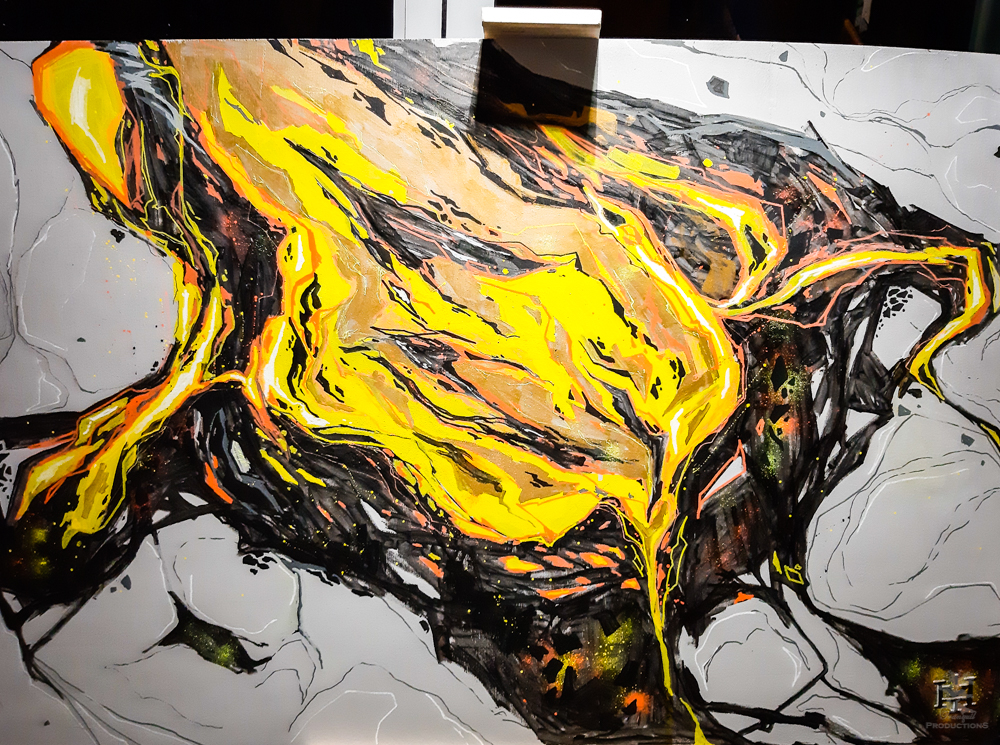 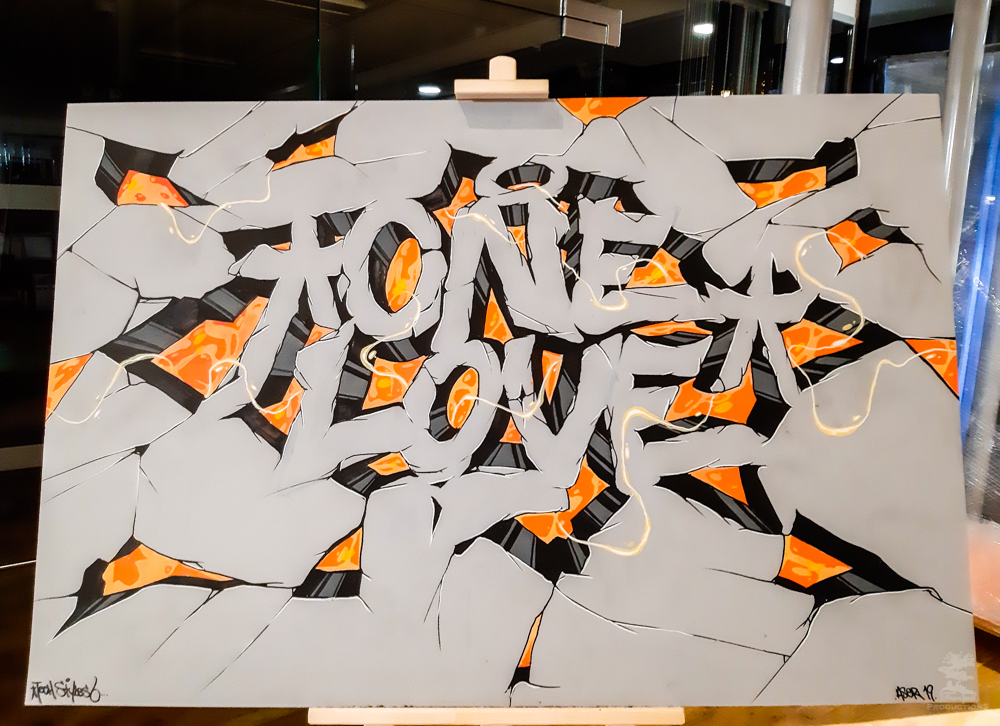 The people’s choice award went to ASER and he won the Tech Styles Graffiti BattleX Trophy. His skill level has definitely increased in the last year and it was great to have him back a second time for this event. We hope he keeps on this great track and keeps pushing the level, congratulations ASER.

The Battle Day had a great turn of Crews for the B.Tactical 5v5 and 2v2 pairs for the 16’s and under battles. It was a special moment to see Battalions Cru take the B.Tactical win, ever year they put everything on the floor and have had the most hype battles but they hadn’t managed to take the title. This year everyone could see that all their crew members had taken things to the next level and the win was well deserved. McLane and Jet-zai (representing Ill Drillerz) battled like warriors all day. Not only did they win the 2v2 battles but made it to the final of the B.Tactical battles as well with their crew Ill Drillerz. Big respect to every crew that came to represent, we appreciate the support of all the bboys and bgirls who came to Tech Styles 6. It means a lot to us to see everyone represent to the fullest and give their energy. Every battle can be viewed through the Tranquil Productions YouTube Channel <——-Click Here——-> You can even find the live stream video available on the same playlist. 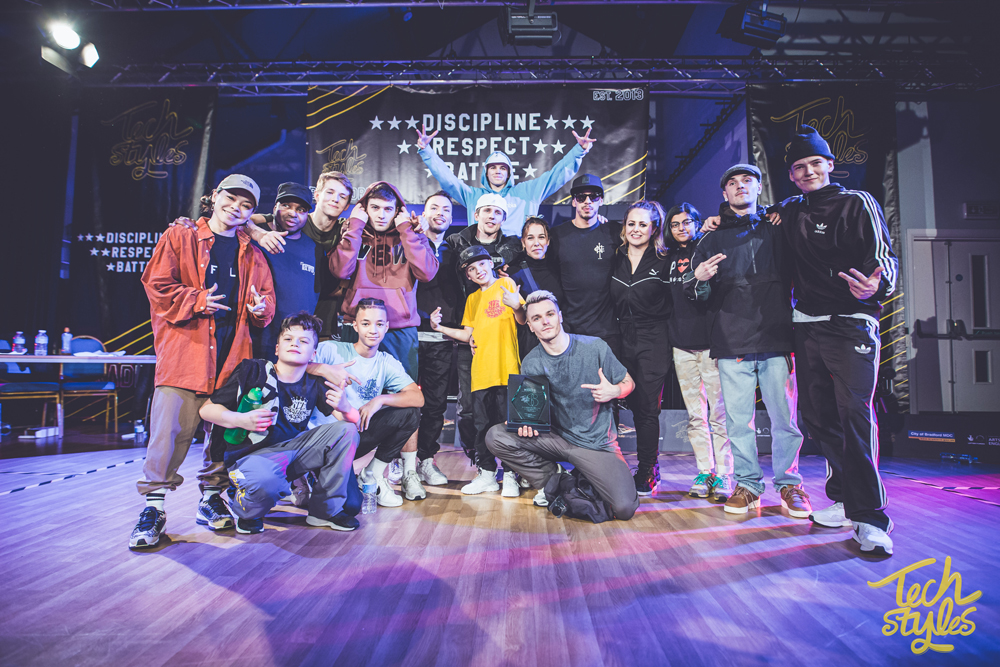 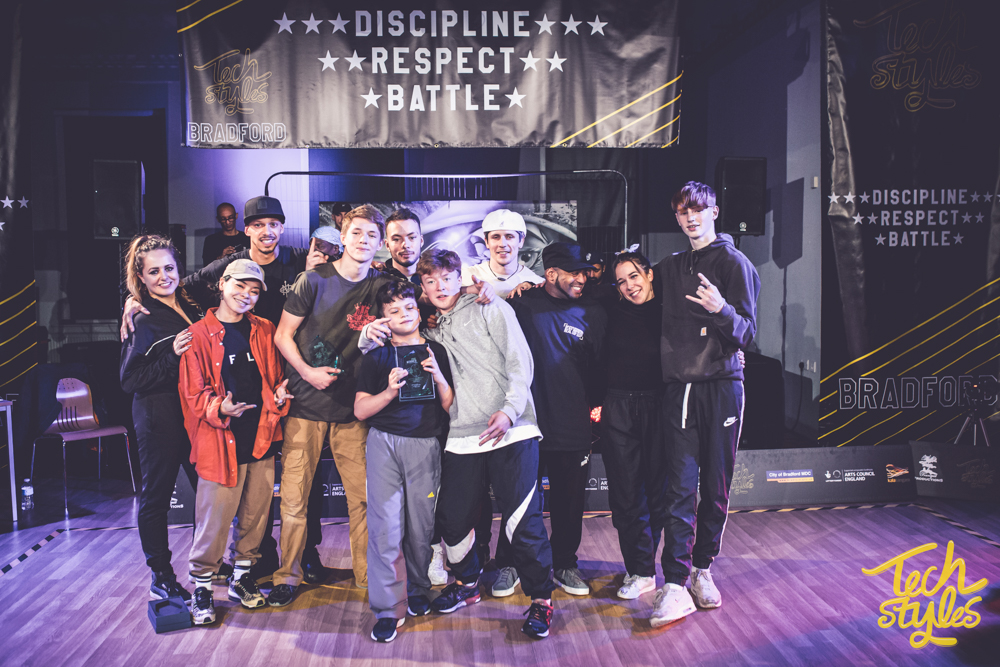 Battles are of great importance in hip hop culture across all the elements, however there is something that speaks to ever artists and that’s being dope! You can win, lose or draw but if you represent well no one can take that away from you. This is the essence of street culture to represent yourself, your crew, your city and your style. Thank God this is Hip Hop! We try to maintain this belief and hold onto the values of hip hop. At Tech Styles we want to reward bboys or bgirls who show exceptional character and skill during our events through our Special Ops award. This can go to any bboy or bgirl who brought the fire to the event by inspiring people around them and pushing the level.

Congratulations to King James representing Trinity Warriors who took the £50 –Special Ops Award—provided by Tranquil Productions. King James repped super hard in the cyphers all day and kept elevating the level. Not only that but you could see his passion and support for his crew and this is something great to see in the next generation of UK bboy. It was clear to see he was deserving of this award and we hope he has a bright future ahead.

We have to give a massive thanks to organisations that made this event possible and our amazing team. Arts Council England was the primary funder for this event and their support is essential to our projects. From the whole Tech Styles Team we want to give a massive thank you. We also have to thank Kala Sangam for their support with the venue and the running of the event. Creative Director, Alex Croft has lots of faith in our event and the Tech Styles team and this helps us move forward with confidence also Ifty, Fay and other Kala Sangam staff for their support. Thanks to Tranquil Productions for all there help with community support workshops and media, Tranquil Productions is where the Tech Styles journey began and we are thankful for the continued support and expertise. Thanks to Bradford Metropolitan District Council for their support and backing of this years event.

We also have to thank our incredible team; our runner & volunteer team for helping in everyway needed; The DJs Rasp, Musicarl & Black Belt Jones of 3E Productions who played incredible music all day; Punjabi Roots Academy for the amazing sound system; our host the great MC Trix; The judges of the event Marius, Lil Tim, Vanessa, Narumi and Splinter; The meida team Karol and Luke Hogan; ExP for the live set and Kirsty Taylor for her poetry. Tech Styles International wants to say a huge thank you to everyone who was involved. We are truly blessed to be able to run this event and pray we can deliver another Tech Styles this year.